The first five images are of the following artists books: 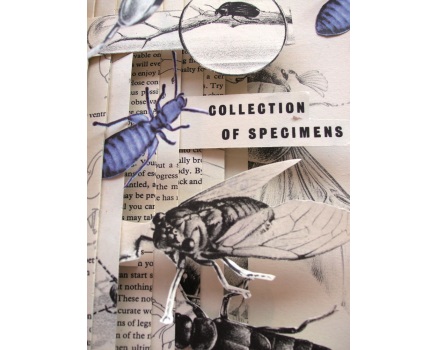 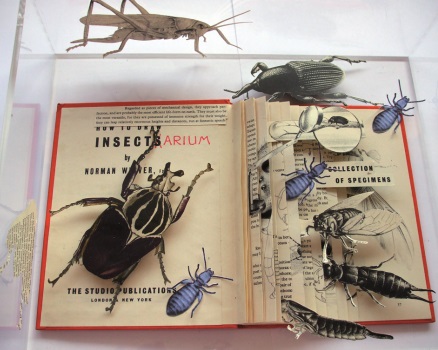 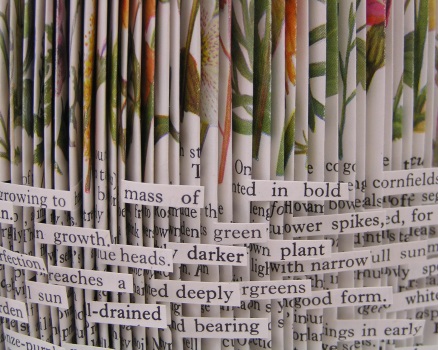 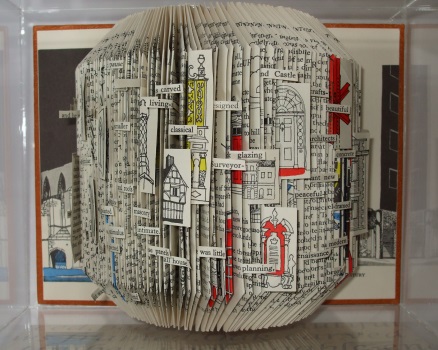 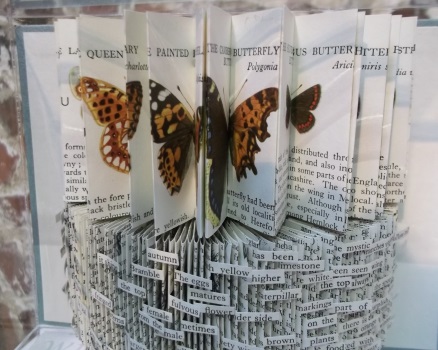 The next seven images are of the following books: 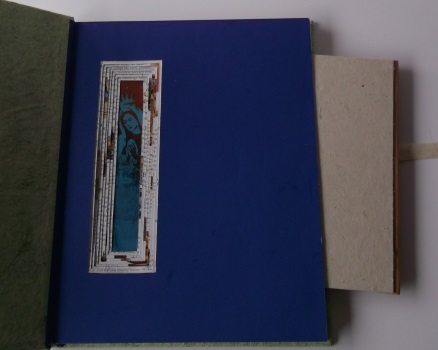 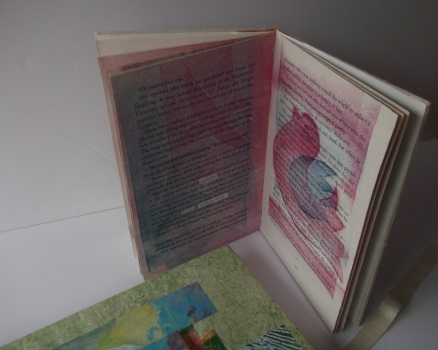 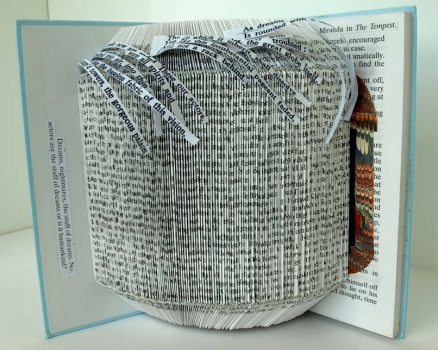 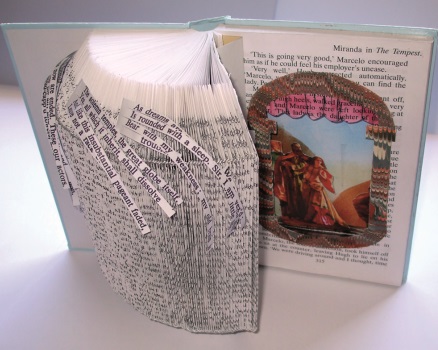 The original book read as an old-fashioned travel journal ending in the Dunhuang area, where books were found in caves dating back to 359. It seemed appropriate to make this altered book take a 2006 armchair pilgrimage to pay homage to this shrine of knowledge. The juxtaposition of texts shows ‘progress’ especially having to pass the reality of missile bases on route. 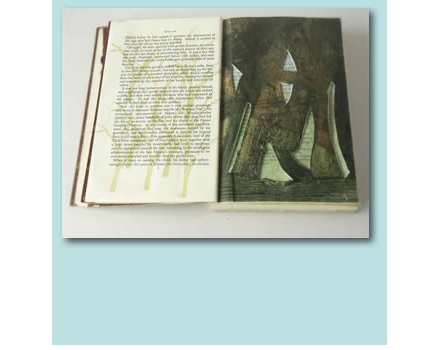 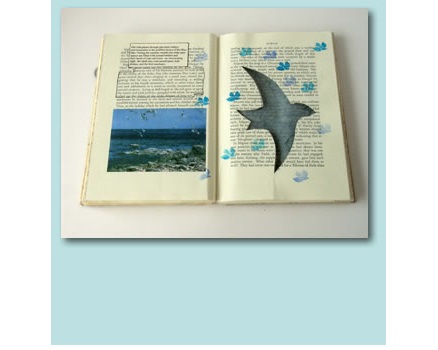 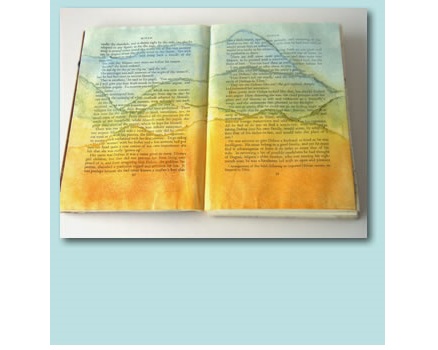 'Artists Books – the definitions are fluid and by no means ‘binding’…. The only boundaries are the limits of the creator’s imagination.'
Alison Minns